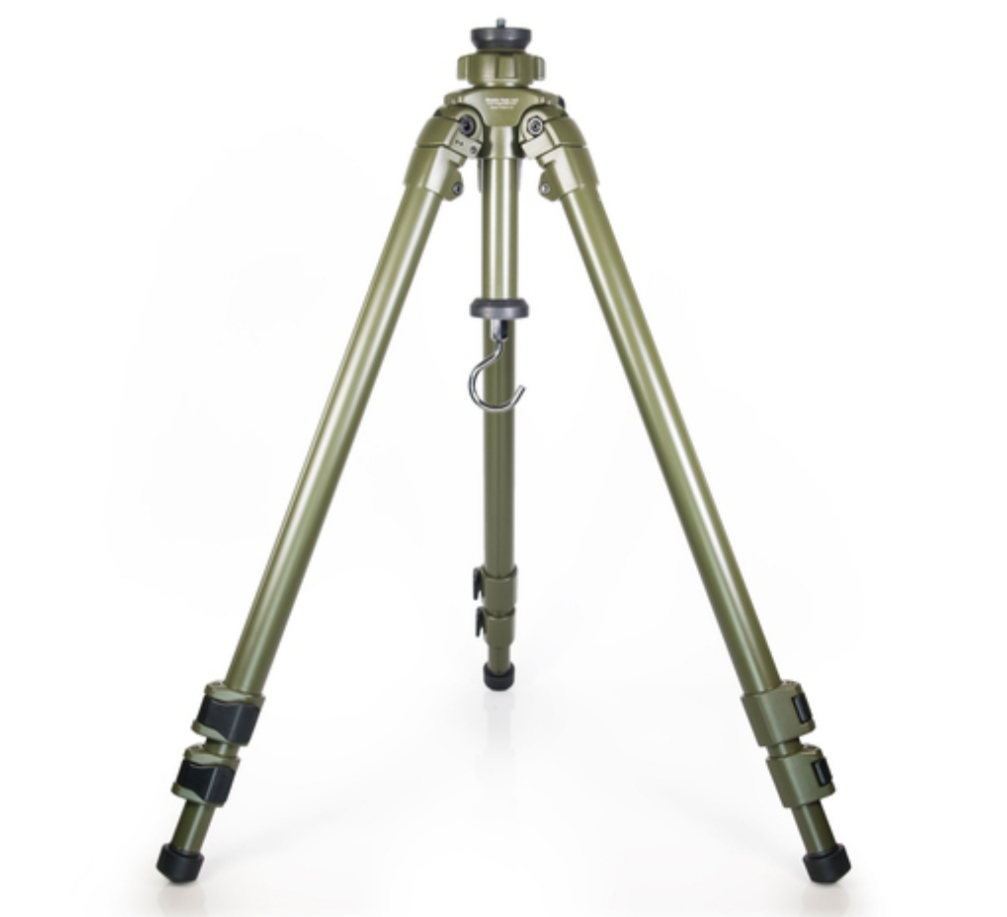 The PIG0311-G Field Shooting Tripod is based off of the budget friendly, yet capable, SLIK PRO 700 DX tripod. We partnered up with SLIK, and started putting together several prototypes with beefed up specs, tighter tolerances, and shooter specific features not normally readily available in most tripod systems. Eight months of testing later, we came up with the PIG0311 Field Shooting Tripod. During testing, we used several .50 caliber rifles (Barrett M107 & McMillan Tac50) with great results resulting from officer feedback and reported repeatable shot placement. Being unsure of what kind of garage cannon that might be placed on the PIG0311-G tripod, we decided to stick with a conservative 26 pound load rating. This no-nonsense field tripod was designed for the active outdoorsman. Our PIG0311-G and -GS(Short) Field Tripods were meant to get dirty, be thrown in trucks, and be used outside. Paired with a direct mounted HOG Saddle® or PIG Saddle®, this shooting tripod can do almost anything the more expensive tripod kits can do, but at a fraction of the cost to the shooter.

*Our GNN FB-52 ball head is a great match with the PIG0311-G, for shooters looking to get a little more flexibility out of their tripod shooting system and gun rest.

The short center column allows the shooter to get all the way down to a 11.5” high prone position.
A removable, load bearing hook has been added to the bottom of the center column to hang weight, such as a backpack. The added weight will greatly increase tripod stability.
The center column can fully rotate 365°. This is a great feature for those who intend to direct mount a PIG Saddle® or HOG Saddle® gun rest to the PIG0311-G tripod.
The tripod’s feet incorporate interchangeable rubber or spiked feet. (Yes, the spiked feet are included)

There are no reviews yet.

Be the first to review “Hog Saddle 0311 tripod” Cancel reply

This site uses Akismet to reduce spam. Learn how your comment data is processed.

Please be sure to call ahead to make sure someone will be able to be in the store to accommodate at your convenience.